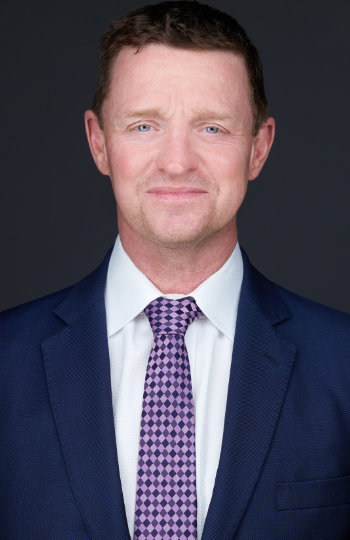 Man ‘not criminally responsible’ for his father’s death: court

AN EFFECTIVE ADVOCATE FOR OVER TWENTY-FIVE YEARS

Brian has been with the firm since 1992. He articled here in 1992 and was called to the Bar in Alberta in 1993. For more than twenty-five years Brian has been an effective advocate for each and every one of his clients. He became a partner at the firm in 2000 and has acted as the managing partner. He practices exclusively in the area of criminal defence. He has handled every type of criminal case imaginable.

He has appeared before the Trial Courts and Courts of Appeal throughout Alberta. Brian has represented clients throughout Western Canada. He has handled criminal cases in British Columbia, Saskatchewan, Nunavut and the Northwest Territories. He has taken cases in every area of criminal law from shop lifting to murder. Brian has been counsel on many sexual assault cases, major drug cases, serious regulatory prosecutions, and murders. Brian has successfully handled more than one thousand serious criminal driving charges over his career. He has successfully handled numerous cases under the new Safe Roads Alberta regulation. Brian has dealt with a large number of psychiatric defences. He has obtained verdicts of Not Criminally Responsible by Reason of Mental Disorder on numerous murder cases and other very serious matters. He is one of the more experienced lawyers in Alberta in the area of mental health and the criminal law.

MR HURLEY IS A VERY ACTIVE MEMBER OF THE LEGAL COMMUNITY

Brian is Alberta’s executive member for the Canadian Counsel of Criminal Defence Lawyers. He is a past president of the Edmonton Criminal Trial Lawyers Association. He has been the defence representative on a number of committees involved in the maintenance and reform of the justice system. He is also a frequent guest and contributor for newspaper, radio and television articles on criminal justice issues. Brian has been a sessional lecturer at the University of Alberta, teaching Introduction to Criminal Law. He has been a guest lecturer at the University of Alberta and Grant MacEwan. Brain has been a lecturer at legal seminars for the Law Society of Alberta and the Criminal Trial Lawyers Association. Mr. Hurley has appeared before the Standing Senate Committee on Legal and Constitutional Affairs in Ottawa to give an expert opinion on Criminal Code amendments.

Mr. Hurley is an experienced and effective advocate for each and every one of his clients. He would be more than happy to meet with you and discuss solutions to your legal difficulties. He offers a free initial consultation and would be happy to sit down with you to discuss your case.