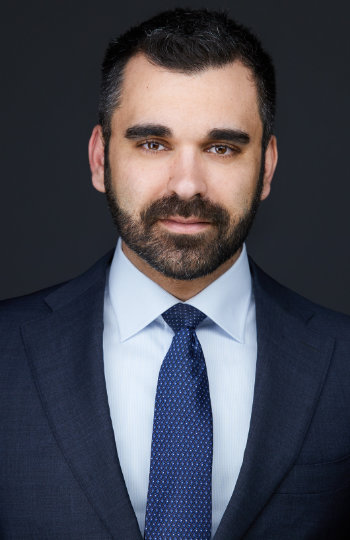 Robert LaValley graduated from the Faculty of Law at the University of Alberta in 2016 and joined Liberty Law that summer as an articling student. Robert was called to the Bar in 2017 and joined the firm as an associate thereafter. Prior to attending law school, Robert obtained a Bachelor of Arts in Political Science (with distinction).

Throughout law school Robert was heavily involved with Student Legal Services. Robert began as a volunteer in his first year of law school, and was hired the following summer. Robert defended individuals charged with theft, impaired operation, refusal and other criminal charges. In his second year of law school, Robert was elected as the Executive Coordinator of Student Legal Services. This position involves the oversight of approximately 300 volunteers with an annual budget of approximately $500,000.

Robert gained a significant amount of experience articling at Liberty Law. This experience includes defending individuals charged with murder, trafficking, kidnapping, and many other offences. Robert also had the opportunity to assist on procedural applications including the successful re-opening of a trial after the client was convicted.

Being arrested and charged with an offence can be very stressful and often individuals do not know exactly what their obligations are. Robert is able to assist clients throughout the entire process from bail hearing to trial.