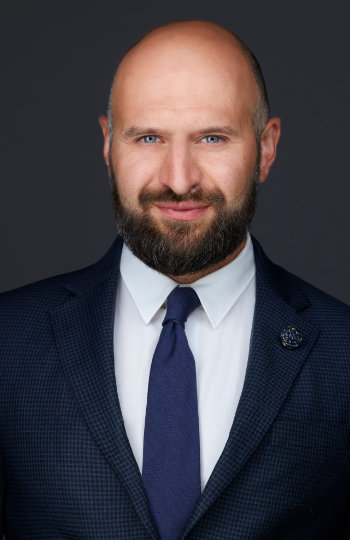 Zachary brings his years of experience working for judges at the Alberta Court of Appeal and Supreme Court of Canada to help his clients. His approach is both client-centred and judge-focused.

Zachary has represented doctors, dentists, lawyers, teachers, and other professionals in discipline matters. He has successfully resolved cases for clients facing serious professional consequences for allegations of sexual misconduct, misappropriation of trust monies, breach of trust, and fraud.

Zachary can assist clients in English and Arabic, and has a working knowledge of French and Urdu.

Successfully argued on behalf of a concerned citizen who brought legal proceedings to remove a City Councillor from office for campaign finance violations. Coun. Karygiannis publicly resigned from politics after the Court’s decision.

Written intervener submissions on behalf of Amnesty International. The Court adopted our submissions at paras 159 and 190, holding that that international agreements and obligations have a role to play in the national concern analysis.

Written intervener submissions on behalf of a coalition of media organizations, arguing that the Open Court principle must apply to all stages of a judicial proceeding (not just to evidence that is ultimately admitted), and that courts have continuing jurisdiction in all situations to vary or rescind a publication ban they have issued without appeal to a higher court.

Successfully argued one of the first appeals under No-Fly List legislation (the Secure Air Travel Act). The motion involved a novel issue regarding the scope of amicus in No-Fly List appeals.

Successfully argued one of the first motions under ss. 276 (4) and 278.92 of the Criminal Code to interpret new sexual assault provisions brought about by Bill C-51, and obtained an acquittal on all charges.

Successful on a precedent-setting case regarding the permissible scope of cross-examination on an asset-disclosure affidavit in the context of a worldwide Mareva injunction.

Completely successful in precedent-setting Consumer Protection Act case; client’s water-purifier contract declared void for violating numerous provisions of the CPA, resulting in a full refund of all money paid by the client.